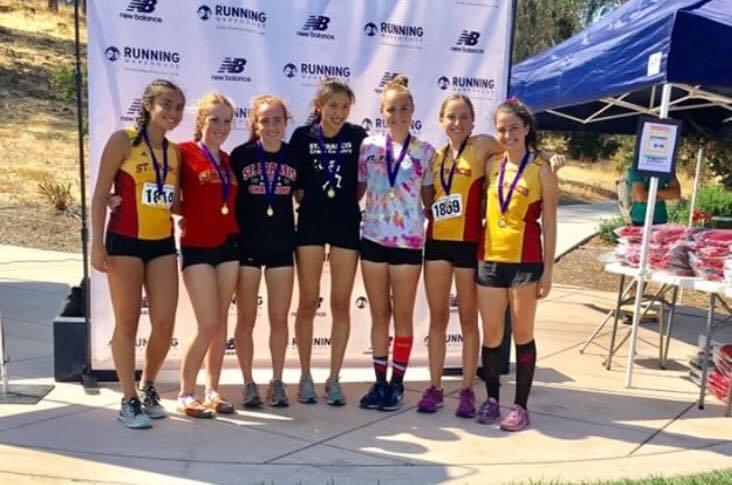 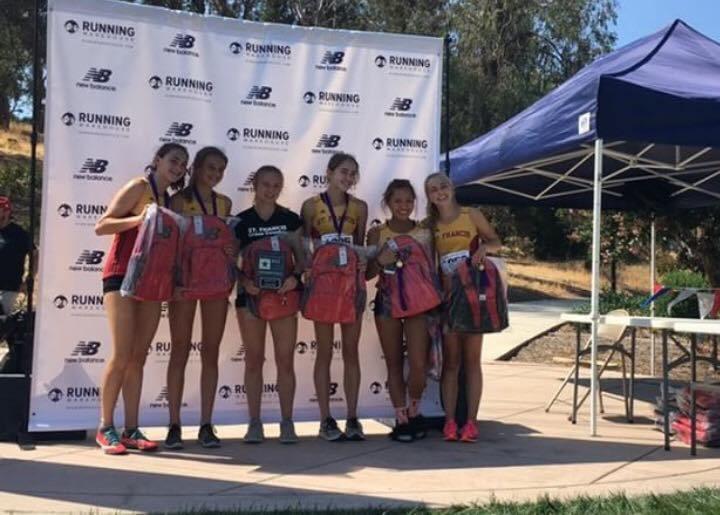 MARTINEZ, Calif. – The St. Francis varsity cross country team won the Ed Sias Invitational on Saturday as senior Sydney Vandegrift led the pack with a second-place finish in 11:54. She finished behind only Caroline Garrett of Oakland Tech by eight seconds.

Sophomore Emma Hollenbach was second on the team and ninth overall in 12:45, while junior Noelle Lynch was right behind her teammate in 10th overall in 12:47. Junior Sophie DeBendetti was the fourth finisher in 12:57 to place 11th overall. Freshman Hanna Hekkanen finished 12th.

The Frosh/Soph team was led by Grace Harrison, who finished ninth overall in 13:56. She posted an improvement over four minutes from one season ago at the same meet.

Overall, nine Troubadours recorded personal-bests at the meet. Sophomore Ella Adamson had a 3:13 improvement from last season, one of four Troubies who ran a minute or more faster this season.

St. Francis will return in action with split squads next week at the DeLaSalle/Carondelet Nike Invitational in Concord and the Woodbridge Cross Country Classic in Irvine.