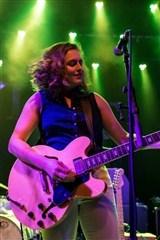 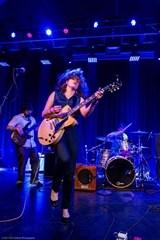 Katie Sweeney, class of 2009, spent her college years at Seattle University studying philosophy and classical vocal performance. She supported the choirs as the Soprano II section leader, honed her skills as a musical arranger directing SU’s first a cappella group, and played bass and guitar in extracurricular bands. In 2011, Katie and a few choir buddies formed a band, jokingly named it The Ramblin’ Years, rehearsed twice, and unexpectedly won the campus Battle of the Bands. Sudden demand for shows and recordings surprised and delighted the group, and by graduation in 2013, the band was packing Seattle’s all-ages venues and campus events with screaming undergraduates. Katie and lead guitarist Sean Clavere, another Sacramento native, formalized the group into an LLC in 2014 and began touring the inland Northwest and West Coast. The band has recorded and released a full-length demo and two EPs, and sold out famous Seattle venues like Neumo’s and the Tractor Tavern. The team is beyond excited to release their first studio full-length album in January 2018.

Katie is an active member of Seattle’s wider music scene, regularly arranging for local artists & shows. She arranges and leads the backing vocals for Seattle’s annual Tribute to the Last Waltz, an epic charity show re-creating The Band’s famous final concert in 1976. By day, she is a science & environmental educator, and earned her M.Ed. in Curriculum & Instruction, specializing in Science Education, from the University of Washington in 2017. She enjoys teaching outdoor school and getting students, particularly young women, excited about pursuing STEM subjects and careers.