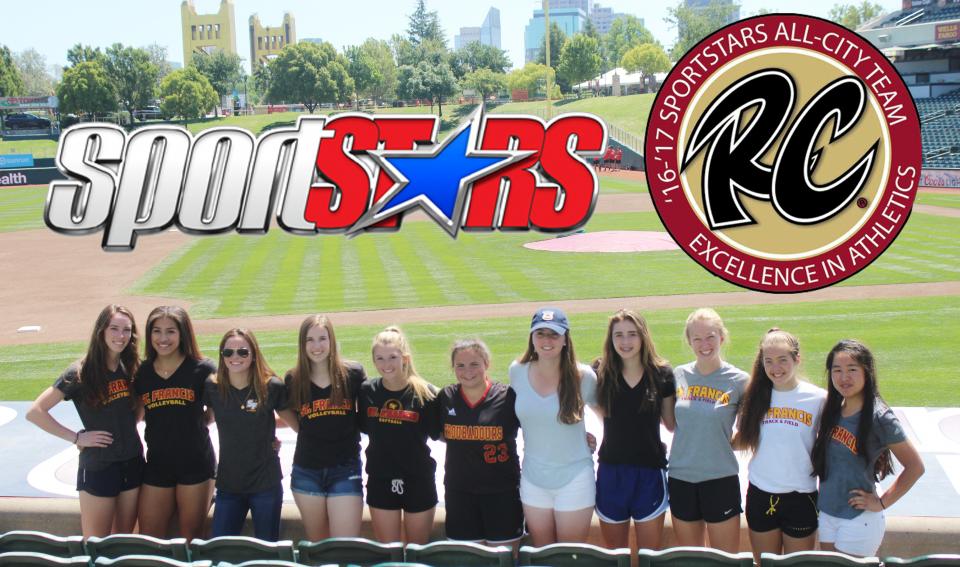 Track and field led the athletic department with five selections to the all-city teams, including seniors Meaghan Rogers and Elizabeth Hennessy, as well as freshman Meghan Ladd. Rogers and Hennessy are double qualifiers in the Sac-Joaquin Sections Masters meet, while Ladd finished third this past weekend at Sections in the pole vault.

The NorCal semifinalist St. Francis volleyball team had four student-athletes, including freshman Alexa Edwards, senior Claire Schutz, junior Aiyu Aimufua and junior Madelyn Schildmeyer. Edwards led the Troubadours to a 29-17 mark in 2016 and within one win of a berth in the California Div. II finals. She led the team with 526 kills and digs with 425. She was named to the Delta League first team and was named to the MaxPreps Freshman All-America Team.