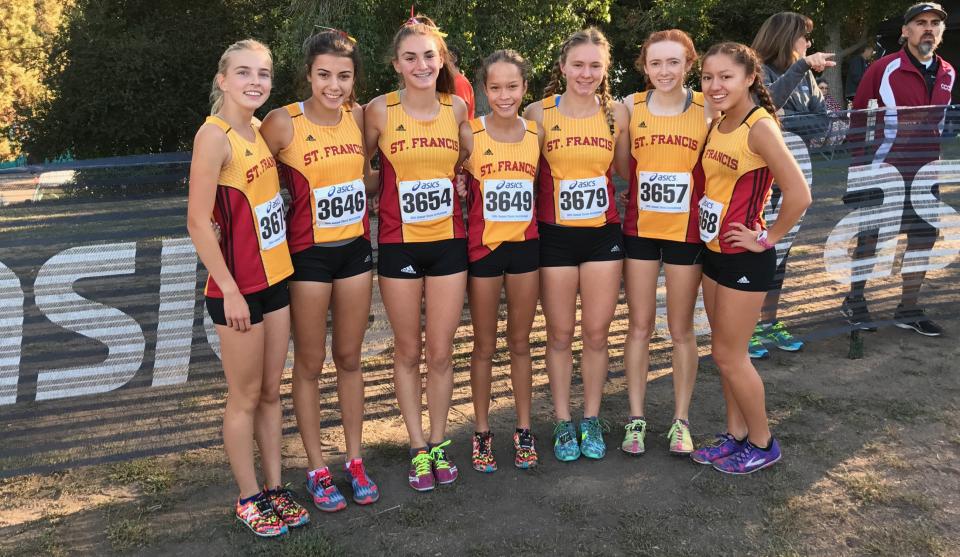 Fauria clocked 17:52.7 over the 5k course at Woodward Park, site of the 2016 CIF State Championships. Sydney Vandegrift was 19th overall in 18:11 despite battling an illness during the week. Sophomore Sophie DeBenedetti placed third on the team in 19:10 (77th overall).

Locally, several Troubies ran in The Other Meet at Granite Regional Park. Freshman Meghan Seifert took 14th overall in the Fresh/Soph race with a time of 16:12.0 which was a PR for her on the course. She was followed by teammates Helena Wetch (17:03.2) and Madeline Dunlay (17:09.0) who also had great races, both clocking in PRs at 30th and 33rd place. Freshman Sasha and Katya Utter made their first appearance in the varsity race today! They were led by upperclassmen Chynna Hinrichsen and Lauren Nolan.

“It’s always a great day to be a Troubie!,” said Assistant Coach Amy Sebeysma. “The ladies ran well today and I’m proud of the hard work they put into today’s race. We were not able to score as a team, but we left with 5 personal bests and smiles on our faces! Go SF XC!!!”

The team will run at the Bronco Invitational on Saturday at Willow Hills Reservoir, the site of the Sac-Joaquin Section Championships.