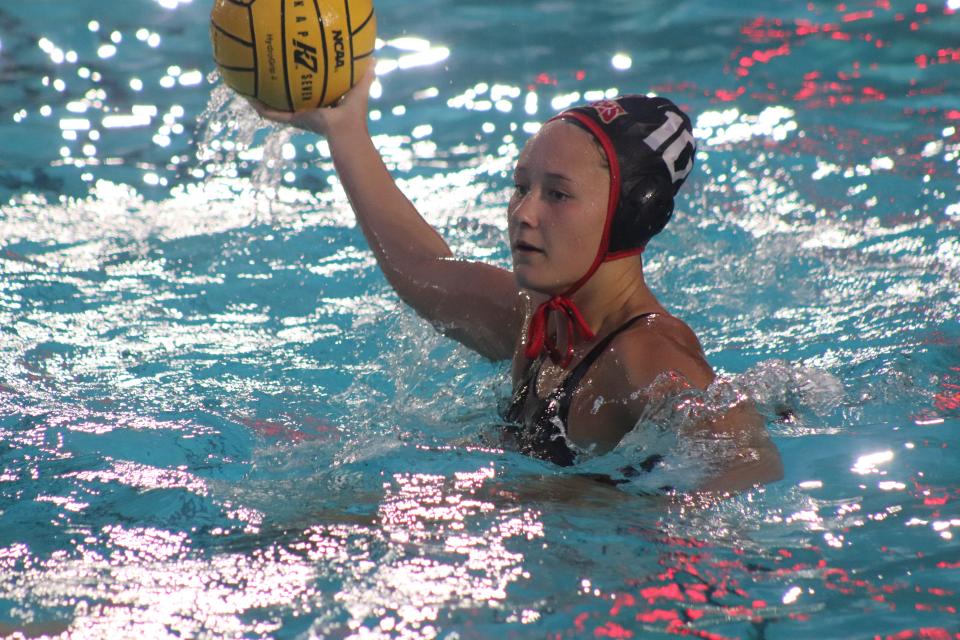 “I was anticipating the shot, working with my defense and making sure everyone was dropping back,” said Watley, who had 13 saves in the contest.

The game was tight early as St. Francis managed a 1-0 lead after the first eight minutes on a Zoe Slater goal off an assist by Malia Arnott.

“We were not focused coming into the first quarter,” said Watley. “It took some time to find the rhythm. We have to play defense first before we can play offense.”

Rio tied the game at 1 before Arnott and Kendall Houck scored to extend the lead to 3-1 before the half.

The Troubadours exploded in the second half with a five-goal third quarter. Slater started the scoring at the 5:45 mark for a 4-1 lead before junior Alyssa Jaconsen, senior Reagan Garcia, Houck and Slater added goals.

“It was a good win for us,” said Emalee Lavezzo. “We came out stronger in the second half and we still have a big improvement and work to be done.”

Watley allowed only a single goal to go with her 13 saves over her three periods of action.

“She did a phenomenal job taking ownership of the cate,” said Moody. “She had some really great saves that kept us in the game. We could have really been in the hole. She did a great job keeping us in the lead.”

St. Francis plays in the Capital Challenge this weekend starting with a game against Los Gators at Noon on Friday.