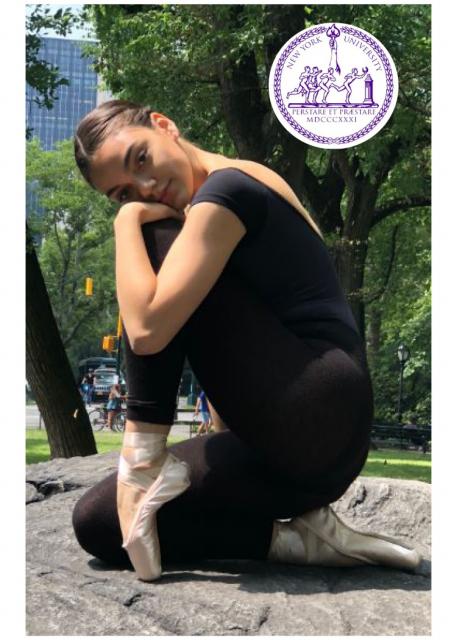 “Gigi” found her passion for ballet at age two. At 11, she was the youngest dancer to be promoted as Apprentice with PH Classical Ballet. At 15 she was promoted to soloist with the pre-professional ballet company. Gigi has performed in Sleeping Beauty, Coppelia, Romeo & Juliet, Swan Lake, Napoli, several other classical pieces, and 14 consecutive years of the Nutcracker. At 16, Gigi transferred to The School of Sacramento Ballet and is currently a member of their pre-professional training program under the direction of Cynthia Drayer.

From freshman through junior years, Gigi was a member of SFHS Dance Company and a current Dance Captain. As a senior, she is a member of the SFHS Show Choir team. This year Gigi joined the Apprentice Dance Company in order to continue dancing, as she is the current SFHS Student Body President.

In 2017 Gigi was awarded and recognized by the California State Senate for her dedication to Classical Ballet. Next fall, Gigi will move to the east coast to attend New York University where she will double major in Journalism and Dance. Gigi is grateful to her parents Linda and Greg.

She would like to thank Agata Grzelak for her unconditional support and guidance. She would also like to thank Cassey McGreevy for her leadership guidance; as well as her English Instructors Stacy McDonaldcy, Tim Gracyk, Sarah Symkowick, and Mari Kirstien for their assistance in helping her find her second passion in English. 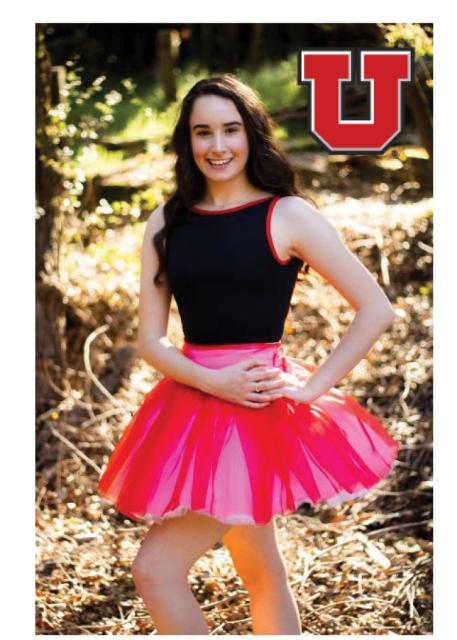 Fiona has been dancing ballet since the age of 4 and is currently a member at Deane Dance Center and is in their Sacramento Civic Ballet Company. At Deane Dance Center, Fiona also teaches dance and is currently in the ballet of The Sleeping Beauty. Besides dancing outside of school, Fiona has been on SF Dance Company since freshman year and is serving as dance captain this year. She is also choreographer of show choir. Fiona has participated in musicals at SF including Little Women, The Boyfriend, and Chicago. This year, Fiona was assistant choreographer for The Music Man. Fiona is inspired to continue dance into college due to the support she receives from her family and friends. She can’t wait to have new experiences and try new things in the college dance environment. 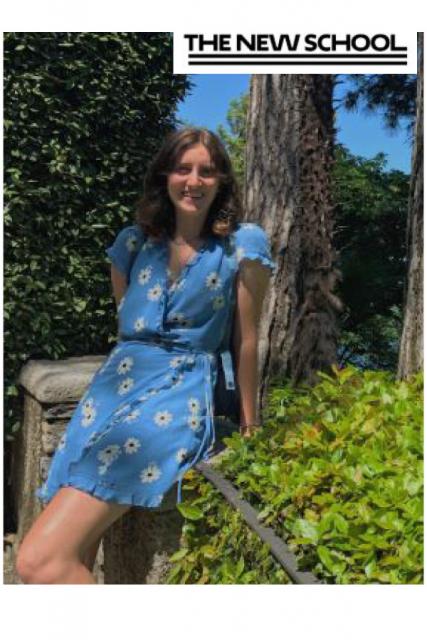 Aurora has been involved in the arts since a young age and continued this involvement during her time at St. Francis. She took Theatre Arts her freshman year and has been in Honors SF Players since. She performed in the One-Act at Lenaea Theatre Festival all three years she has been in the class and has also competed in the Musical Theatre category at the festival, winning bronze for her piece twice. Aurora has also assistant directed two shows at St. Francis; the 2018 production of Chicago and this past fall’s production of The Tempest. Last year, Aurora had the opportunity to create a short film for her capstone project titled The St. Francis Experience. She co-wrote, co-directed, and edited the film for class, also writing a research essay regarding the project. Aurora is continuing her love for storytelling and the arts in college by majoring in film, as she hopes to pursue a career in film or television production. 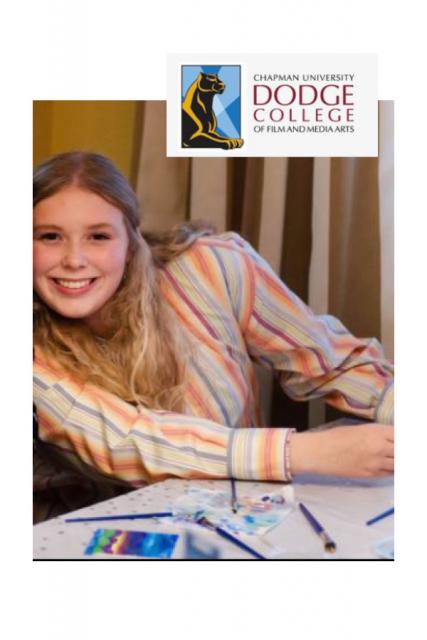 Mackenzie has been involved in theatre at SF for the past four years. She has been in quite a few productions at St.Francis; her roles this past year included Gonzalo in The Tempest and Eulalie Mckecknie Shinn in The Music Man. She is extremely thankful for her teachers especially Kiera Anderson for pushing her to pursue her passions in film. Mackenzie is excited to be attending Chapman University in the Dodge College as a creative producing major! 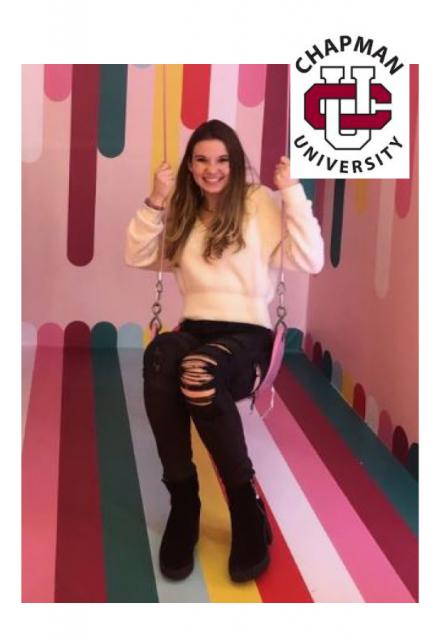 Madigan has been writing creatively since she could hold a notebook and pen. In 2015, she self-published her first novel and has been participating annually in National Novel Writing Month ever since. During the summer of 2017, she was accepted into The University of Virginia’s Young Writers Program – an intensive workshop with classes spanning fiction to screenwriting – where she continued to grow her portfolio of creative works. Throughout her years of schooling, she’s written for school newspapers and broadcast shows, and currently holds the position of Copy Editor of the St. Francis yearbook. Off-campus, she runs a writing blog where she posts short stories, poetry, and various tips or writing events. Her decision to pursue a career in writing for film and television shouldn’t come as a surprise to her friends who’ve had to listen to her rant about character development in every show they watch, and she’s extremely excited to make a difference in the world of screenwriting. 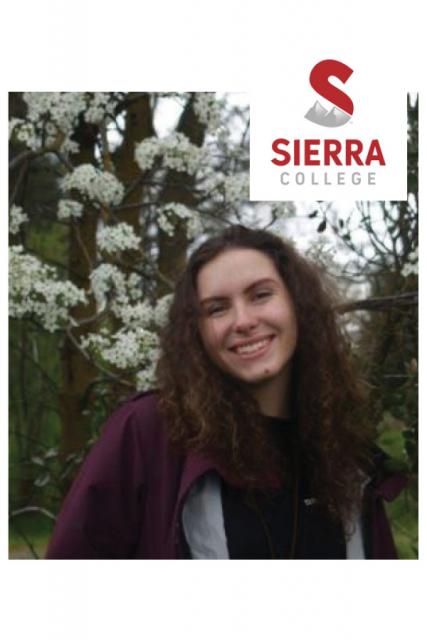 Julia is a member of the SF Art Club. She has taken Honors Art History, AP Studio Art, and photography classes during her years at St. Francis. She is inspired by the world and people around her. Throughout her life she has been encouraged to pursue her love of art by her family and friends. 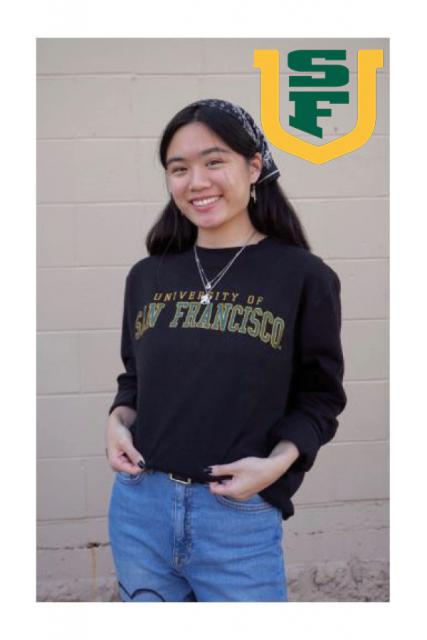 Madison has been passionate about all mediums of art for her whole life, engaging in painting and drawing at a very young age; however, her main passion for digital art stemmed from her love of watching cartoons, animated movies, and music videos as a kid. At the age of ten, she convinced her parents to buy her a drawing tablet and self-taught herself new techniques through online resources and a lot of practice. Since then, she’s grown to see the world through a new lens, appreciating design and visual aesthetics more than the average person. In high school, Madi was able to pursue her passion for art and design through AP Studio Art, her role as the editor of the St. Francis yearbook, and creating designs for club t-shirts and other items for students on campus. She was also voted Most Artistic by her classmates at junior prom! In her free time, she ventures into trying everything from designing tattoos and music promotion material to posting original drawings on her Instagram account centered around her art. She thanks her parents and friends for supporting her passion projects and encouraging her to pursue her dreams. 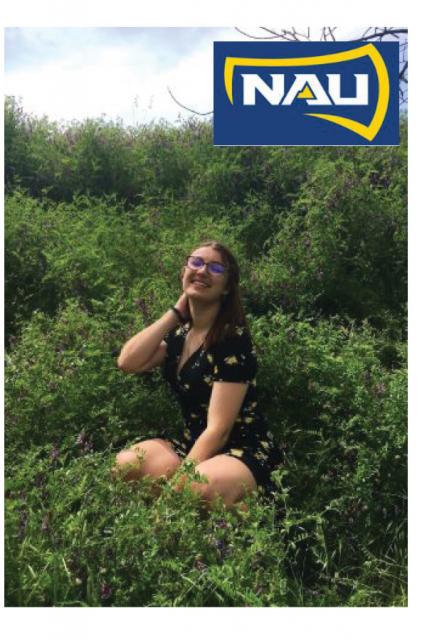 Molly has been a part of tech for the past four years. She has enjoyed her time in various dance, choir, and art classes throughout the years. She was heavily involved in homecoming: both with her class decorations and lighting for all of the classes. She has been able to explore different aspects of theatre while at St. Francis including stage management and scenic design. She won Outstanding Set Design in this past year’s Lenaea festival for her set design of The Tempest. Molly is very thankful for the various people she has been able to work with for the past four years and the lasting friendships she has made. She is very excited to be studying interior design at Northern Arizona University in the fall. 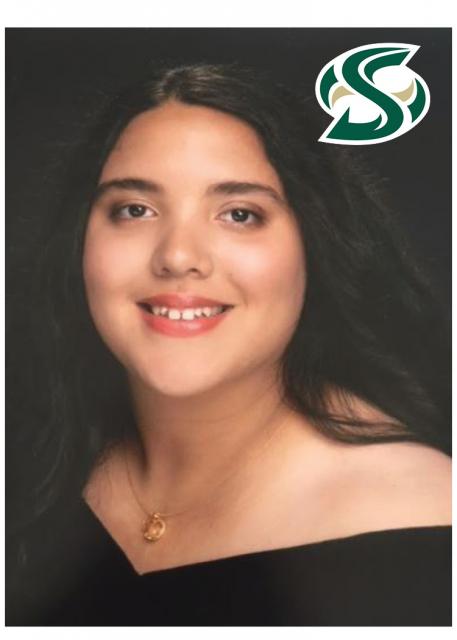 Neda Tajlil is excited to be majoring in film at Sacramento State University in the fall. She has always wanted to be involved in the film industry. She will explore cinematography, screenplay, and film theory at university. She developed her passion for the arts by taking several theatre classes at SFHS. She has taken Acting One her freshman year, Theatre Arts her sophomore year, and SF Players her junior year. During junior year, Neda went to the Lenaea Theatre Festival with her class for the first time. They won gold for their one-act entitled girl. Neda developed her passion for filmmaking when she and her classmates explored it in one of her theatre classes. She was inspired to become a film major due to her many wonderful experiences with the arts at SFHS. 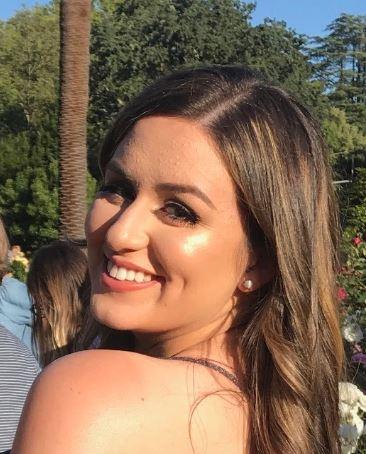 Kathryn has been doing arts at St. Francis all four years. She sang with the Chamber Choir, performed in Honors Theater Arts, and in the St. Francis shows. Her favorite arts experience was The Tempest.