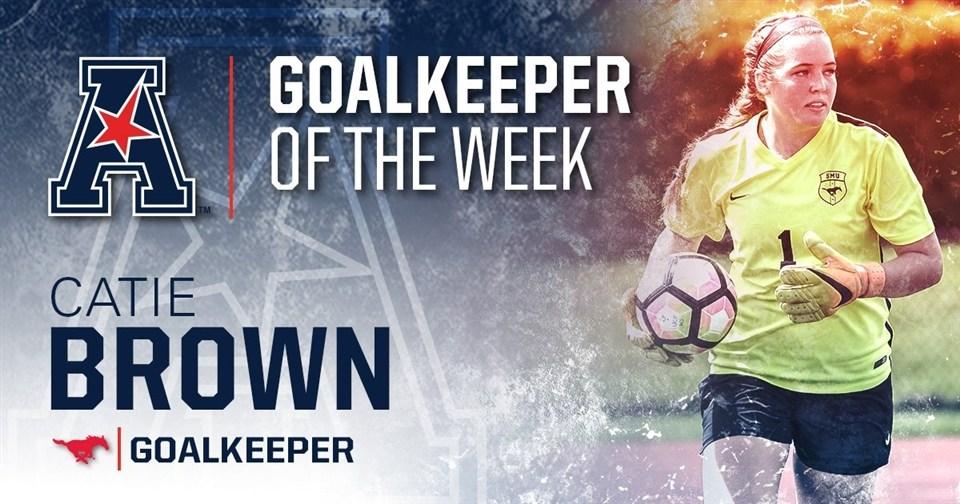 Brown recorded 10 saves against 31 shots faced in 209:54 minutes of work, as the Mustangs posted a 1-0-1 mark on the first road trip of the year to remain undefeated. In a 1-1 draw at Gonzaga, the Sacramento, Calif., native recorded nine saves against 21 shots faced. The junior followed up the strong performance with one save in 10 shots faced in the 2-1 overtime win at Washington. This is her first career player of the week honor.

Nashmi was named to the AAC weekly honor roll following her first career goal and first career assist in the 2-1 win over Washington. The Markham, Ontario, Canada, native logged 189 minutes during the road trip.

Up next, SMU opens a four-match homestand, running Aug. 31 through Sept. 17. The Mustangs welcome Sam Houston State on Thursday, before hosting Indiana, TCU and Baylor during the stretch.