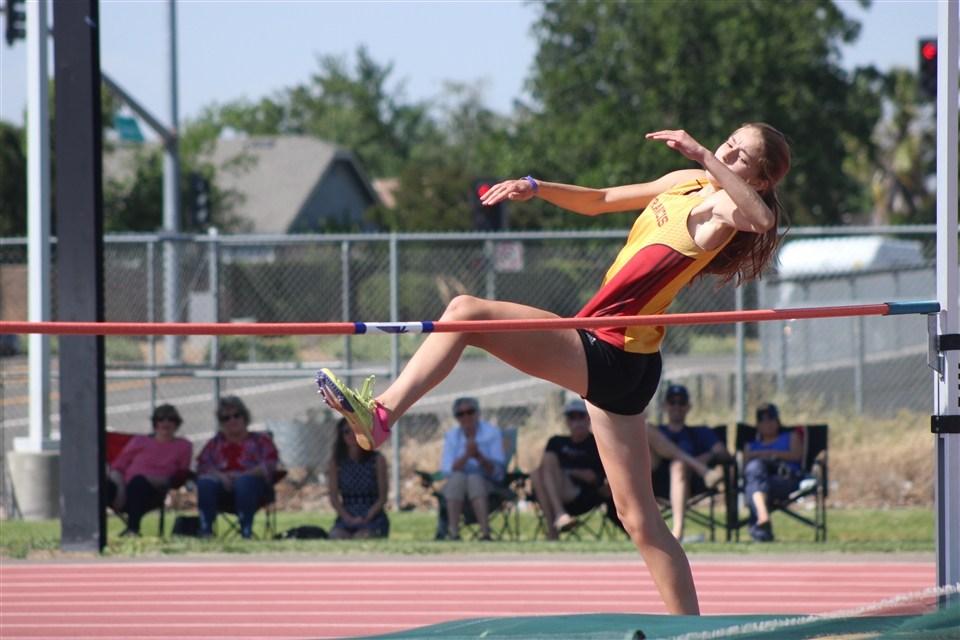 The top four in each event and automatic qualifiers advance to this week’s action.

Sophomore Isabella Palchak won the high jump with a clearance of 5-3 to advance.

“She has a lot of talent,” said Jett. “She started off the season well and she is finishing strong. I am really happy for her to win her first championship.”

“It was a really good day for me,” said Rudis. “The wind was the strongest I have ever had at a meet. It helped me reach my potential on the runway and then hit the board. It clicked this meet for me to jump higher than usual.”

Rudis was battling her sister, Giovanna, who was competing in the Frosh/Soph event. Giovanna matched her sister’s personal-best so the elder Rudi shads to reset her again to retain order in the family.

“The rivalry helped me a lot today,” said Rudis.

Isabelle Grassel qualified with a fourth-place in the 100 meters in 12.52 and was second in the long jump with a seasonal-best 17-4.5.

The Troubies also scored points in the throws with Sarah Healey placing sixth in the shot put (29-7) and eighth in the discus with a personal-best 85-8 to place eighth.

“We have several student-athletes who should be able to make the Master’s meet,” said Jett. “This time of the season, it is about advancing and going as fast as you can.”

Field events start at 3 p.m. on Wednesday at Elk Grove High School with the running event at 6 p.m.