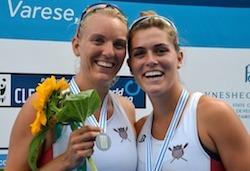 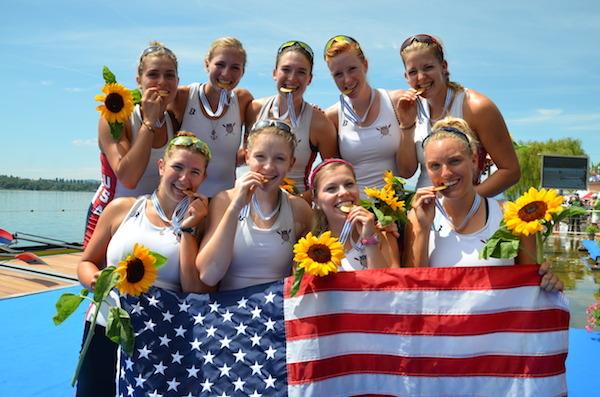 Nowinksi was the stroke on the United States women’s eight that won the Gold medal Sunday with a time of 6:07.88 to beat silver medalist Great Britain (6:11.76). They had advanced to the A final by winning their heat on Thursday.

She teamed with coxswain Lindsay Meltz, an Oak Ridge High School graduate, as the United States squad won the event for the third consecutive time and sixth time in the nine years the U.S. has entered the women’s eight event at the under 23 level.

On Saturday, the United States women’s pair, featuring Nowinski in the bow-seat, took home the silver in the A final. The U.S. finished the course in 7:15.84, behind gold medalist New Zealand’s time of 7:02.89.

“We’re very happy. We’re tired, but we’re happy,” said Nowinski, who teamed with Jessica Eiffert (Honeoye Falls, N.Y.). “We had a really good start, and a pretty good race, rhythmically, speaking. It was definitely our strongest. We hit some buoys a couple points in there, but, honestly, it gave us a lot of adrenaline, and I think we fed off that. Obviously, your goal isn’t to hit buoys, but it may have ended up being a good thing because we just attacked it all the more. We knew we had to make up for it.”

It was a first under 23 medal for each of the U.S. women.

Nowinski, a 2010 graduate of St. Francis and member of Capital Crew, competed for the nationally-ranked California team over the last four seasons. She earned first-team All-America honors in 2013 after her varsity eight squad won gold at the NCAA Championships. She was also a three-time All-Pac 12 selection, earning first-team honors in 2012.