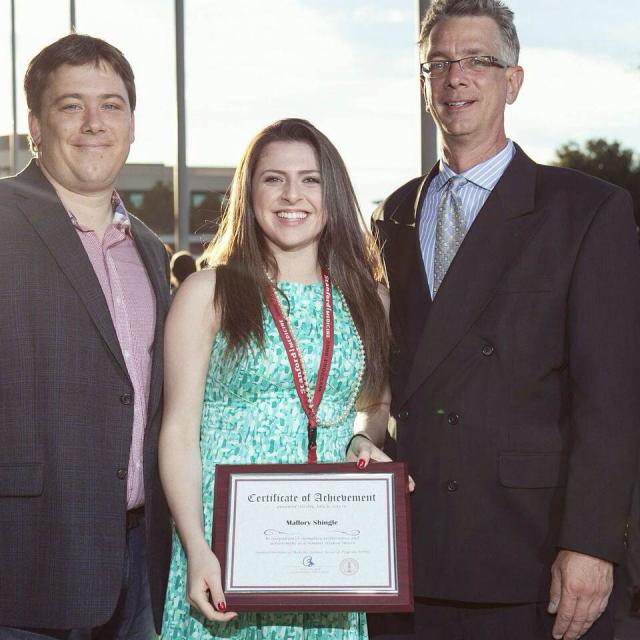 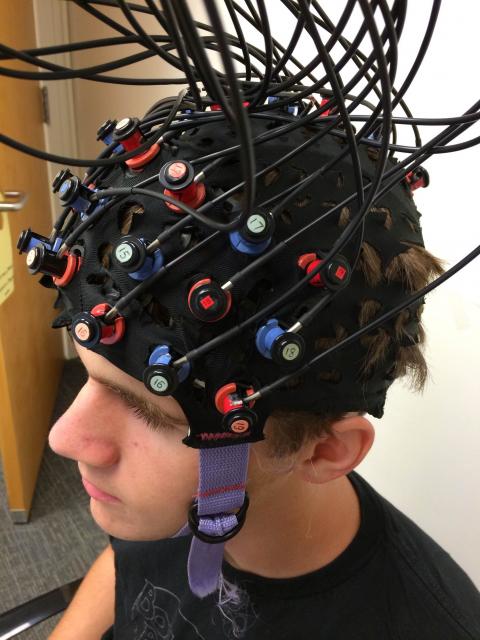 SACRAMENTO, Calif. – Most high school kids head to the beach for the summer or Lake Tahoe. But cross country senior Mallory Shingle is not like most of her peers in high school.

Shingle, who hails from Sacramento, is coming off a summer that included time on the Stanford campus working on a neuroimaging study investigating number processing in young adults.

“I met Mallory last summer, when I was fortunate enough to mentor her as part of the Stanford Institutes of Medicine Summer Research (SIMR) program,” said  Joe M. Baker, Ph.D, a Postdoctual Fellow in the Stanford University School Medicine. “This is a program that attracts the top high-school students from around the country and gives them an opportunity to conduct research in a Stanford lab for the summer.”

It marked her second consecutive summer on the Stanford campus after taking a surgical skills program in 2013 that recently got medical school credited.

“It was a lot of work but it is worth it,” said a humble Shingle.

She will be involved until the final paper is written about the project.

“It was obvious from the get-go that Mallory was very smart, but what made her an excellent SIMR student was her enthusiasm and drive to learn more about the science she was participating in,” said Baker. “I have no doubt that Mallory has an extremely bright future ahead of her, and I am happy to have been a part of her path to success!”

It is not a surprise as she has been building an impressive resume while at St. Francis.

“It is exciting,” said Shingle, who was also recognized as a National Hispanic scholar. “It is a normal test but I don’t see it as anything different. It is good to know you have that potential.”

Shingle planned to play basketball at St. Francis and joined cross country her freshman year to help her get in shape. She made it to the section meet in the Frosh/Soph division and liked the atmosphere of the team and competition within yourself to get better.

“Our team is a lot closer than you would expect,” said Single. “Cross Country and track are such individual sports but Coach John makes it a team sport.”

She had a strong sophomore season, finishing second at the Delta League Championships in the Frosh/Soph race and was fifth at the section championships.

Shingle was sidelined most of her junior season with injuries and was slowed to start the 2014 season. But she is back healthy looking to make an impact in cross country and finish her St. Francis career strong with the track season in the spring.

“She is a super smart and a great kid,” said Head Coach John DuCray. “And she is a real competitive runner. She had the injury bug last year and it has slowed her down. But she is back in pretty good shape. She was up in the top 25 percent of the racers (in the last meet) and has a lot of determination out there.”

Shingle finished 28th in her first varsity race of the season at the Delta League meet on Oct. 8, running the 3.1 mile course in 22 minutes. She will run again this weekend at the Bronco Invitational at the Willow Hills Reservoir Course.

“I am trying to come back easy and not reinjure myself,” said Shingle. “If I do too many hard workouts, it will happen again. I want to do really well in track season.”

DuCray loves having her on the squad.

“She will give it all she has,” said Head Coach John DuCray. “I would love to have a team of Mallory Shingles, a young lady who is tough as nails and not afraid to go after it. She is one of those girls.”