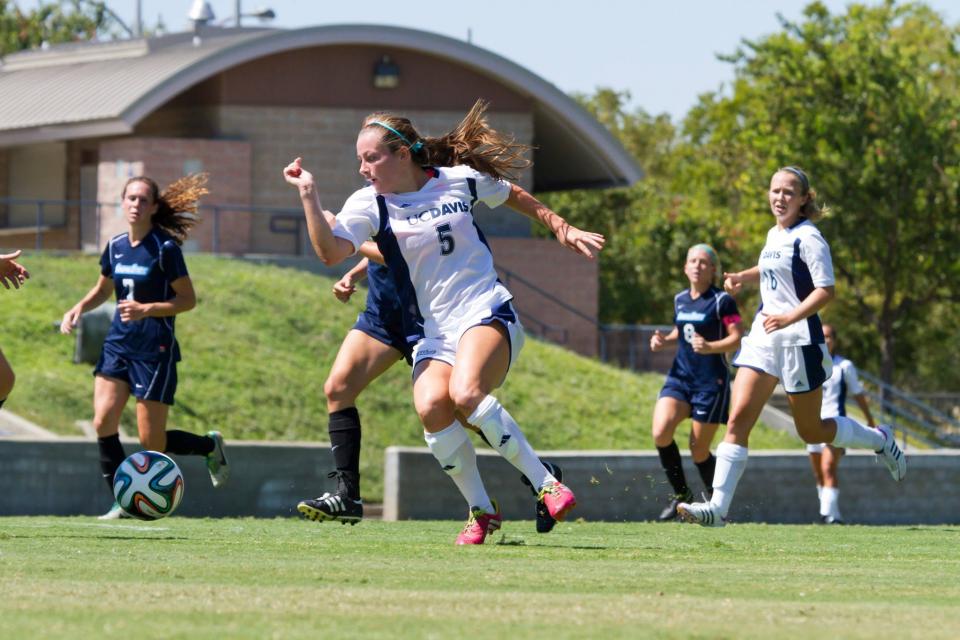 SACRAMENTO, Calif. – St. Francis alumnae are succeeding at the collegiate level across the country. Here is collection of news and notes about the former Troubies. Submissions can be sent in to Assistant AD Steve Shaff at sshaff@stfrancishs.org.

TCU freshman Maddie Johnson ’14 (Sacramento) won her first collegiate race by taking the 200 fly in 2:11.74 in a dual meet at Kansas on Nov. 2. Read the full release on the TCU website here.

Pepperdine sophomore Gabi Palmeri ’13 (Davis) had 10 kills and five blocks in a four-set upset of No. 25 Santa Clara on Nov. 15.

Seattle Freshman Alexis Martinez ’14 (Granite Bay) was part of a 200 freestyle relay team that posted the 10th-best time in school history, finishing third in 1:39.33 in a meet against Idaho and CS Bakersfield. Read the release on the Seattle website here.

Look for upcoming features on UCLA’s Zoe Nightingale ‘11, who was named to the  CIF Fall Team of the Century, Lawrence Tech’s Kasey Clark ‘10, who had a memorable senior season, and Cal’s Bailey O’Mara, who had an interesting summer softball experience.