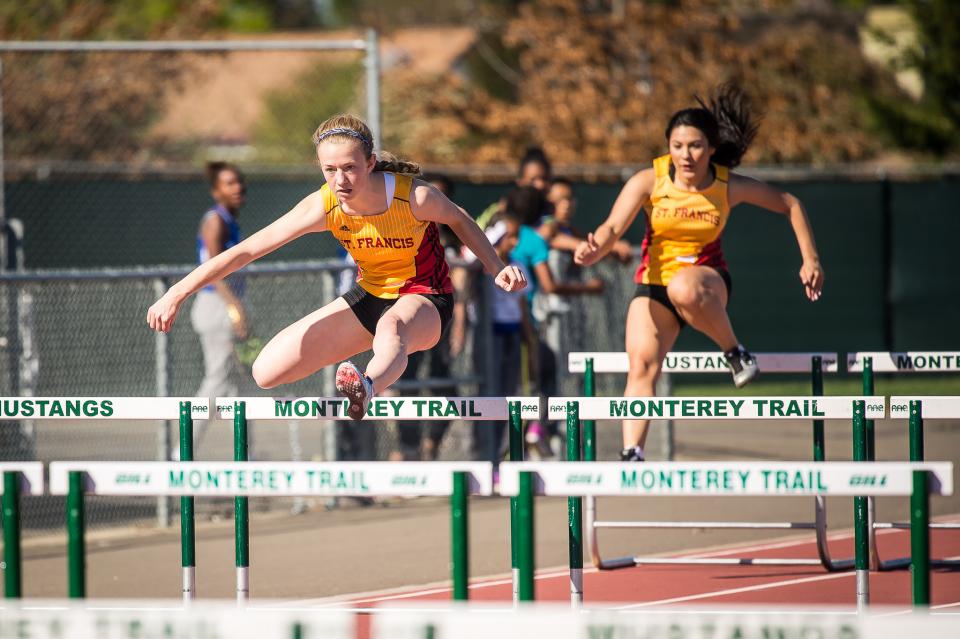 The relay team of Kiani Reyna, Ariane Arndt, Lilly Enes and Sydney Hunter, which took third place in the 2014 State Championships in the 4×400, won the 4×100 meter relay and the 4×400 meter relays on Wednesday night.

In a post meet interview, team captains Miranda Meyers and Peyton Bilo spoke about their performance at Wednesday’s meet and their goals for the season. Bilo humbly responded that she did “fairly well.” Bilo said she stuck to the plans her and Coach Meyers devised: “I was trying to run specific paces that Coach Mason had given me.” Bilo stated that she was proud of the team’s performance and hard work, especially the long distance runners.

When asked about her goals for her final track and field season with the Troubadours, Bilo responded that she hopes to “finish the season strong and on a high note.” Bilo wishes to see her hard work from the cross country season and her winter training pay off, which is evident from Wednesday’s meet. Both hope to finish the season with their best times yet and enjoy their last season.