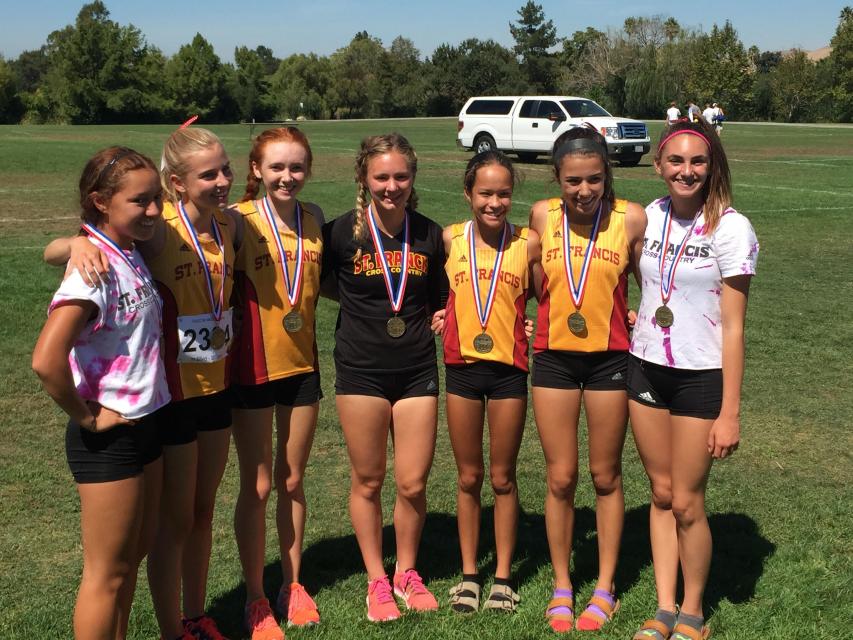 St. Francis finished second overall to Davis 58-119 on the strength of six runners in the top 55. Just behind Fauria was junior Sydney Vandegrift, who placed sixth in 18:06. Sophomore Sophie DeBenedetti was 24th (18:58.1), while Haley Silva was 35th (19:20.4) . Allie Lourim and Emma Hollenbach placed 53rd and 55th, respectively.

It was the third victory of the season for Fauria, who also won the varsity race Ed Sias Invitational on Sept. 10 and the Frosh/Soph race at Oakmont Invitational.