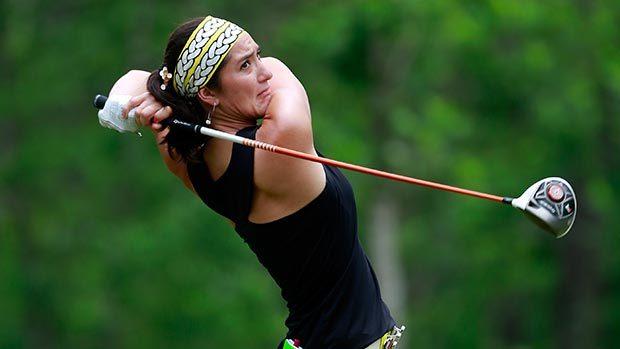 St. Francis alumnae are succeeding at the collegiate level across the country. Here is collection of news and notes about the former Troubies. Submissions can be sent in to Assistant AD Steve Shaff at sshaff@stfrancishs.org.

Kim Welch ‘01 (Sacramento) recently complted in the Big Break Invitational and advanced to the match play round after finishing ninth after two rounds conducted under the Stableford scoring system. The 40-competitor field consisted of former Big Break competitors in a head-to-head tournament at Reynolds Plantation in Greensboro, Ga. The event was televised by the Golf Channel. Welch won The Big Break Ka’anapali, a show featuring 12 women competing at the Ka’anapali Resort in Maui, Hawaii for the opportunity to compete in the 2008 Navistar LPGA Classic. Since being crowned champion, Welch has competed in multiple LPGA events and earned LPGA status in 2011 and 2013. She currently competes full time on the Symetra Tour.

Lauren LaRocco ‘14 (Sacramento) finished 33rd (21:09) to help Portland finish fifth at the University of Washington Invitational on Sept. 4 behind Oregon, Stanford, Washington and UCLA. She was third on the team and the ninth fastest freshman in the field.

Don’t forget to vote for Zoe Nightingale ‘11, who is a candidate for the CIF Team of the Century. Vote for Zoe