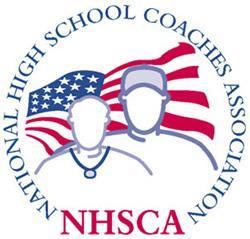 SACRAMENTO, Calif. – The St. Francis High School cross country team led by Head Coach John DuCray is ranked 11th in the 2013 National High School Coaches Association (NHSCA) Girls Pre-Season Cross Country Team Rankings announced by XCNation.com.
“We are thrilled to be ranked in the NHSCA preseason poll,” said DuCray, who has coached at St. Francis for 37 years. “It is a tribute to our student-athletes. We are going to try to be the best in California and it is a nice recognition for a program on the rise.”

The Troubadours are coming off a season that included a runner-up finish at the CIF state meet and a No. 30 national ranking by the NHSCA. DuCray returns four of his top five runners from the defending Delta League and Sac-Joaquin Section championships teams, including seniors Lauren LaRocco (16th at the state meet) and Madison Rawson (38th) and juniors Miranda Myers (48th) and Peyton Bilo (30th). Camille Boudreaux is expected to compete for a top-five position after a strong season on the track last spring among a deep roster.

“What separates this group is they love to run,” said DuCray. “They make running a priority and take it to the next level on par with their school work.” The Troubadours also enter the season at the top girls’ team in Northern California by the Cross Country Express website.

The XC Nation XC National Team Rankings are recognized and sanctioned by the National High School Coaches Association. They are used to recognize and award national championship recognition by the NHSCA for Division I and Division II high school cross country programs.

The Super 50 comprises the top 50 programs in the nation. A dynamic computer algorithm determines a team’s power score based upon team based factors producing a score. All-American program status and commemorative award will be sent to teams in final rankings. Both Division I (more than 500 total enrollment) and Division II (less than 500 total enrollment) teams will be awarded National Championship and All-American status at the end of the season. All team scores are a computer power ranking of a team’s strength.