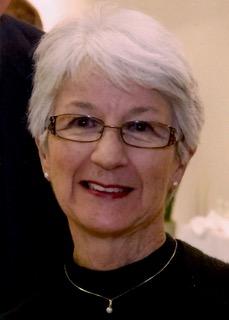 I am a fourth generation Sacramento and I’m number six of the seven children in my family. We all attended the Catholic schools K-12. I graduated from St. Francis with the class of 1967 and I’ve been active on the reunion committee since graduation. I have stayed involved with the school both as a class contact and as the mother of two daughters who attended(Amy, ’94’ and Sarah ’97’). While the girls were attending I chaired the Father-Daughter dance for 2-3 years and was the  Parent Club president.

I attended Gonzaga University for two years before completing my degree in Psychology at UCD in ’70’. I worked on a cancer research project at Duke University while my husband complete graduate school. Our first of four children was born there. We returned to Sacramento where my husband started his  practice and I became a full time mom and part time volunteer. When my youngest was attending SF and the other three were in college, I decided to go back to college for a nursing degree. I graduated fro CSUS with a BSN in 1999 and started my nursing practice with Sutter pediatrics. I am now retired, seeing more of my grandchildren, back to being a volunteer, and deciding how I’m going to reinvent myself next.